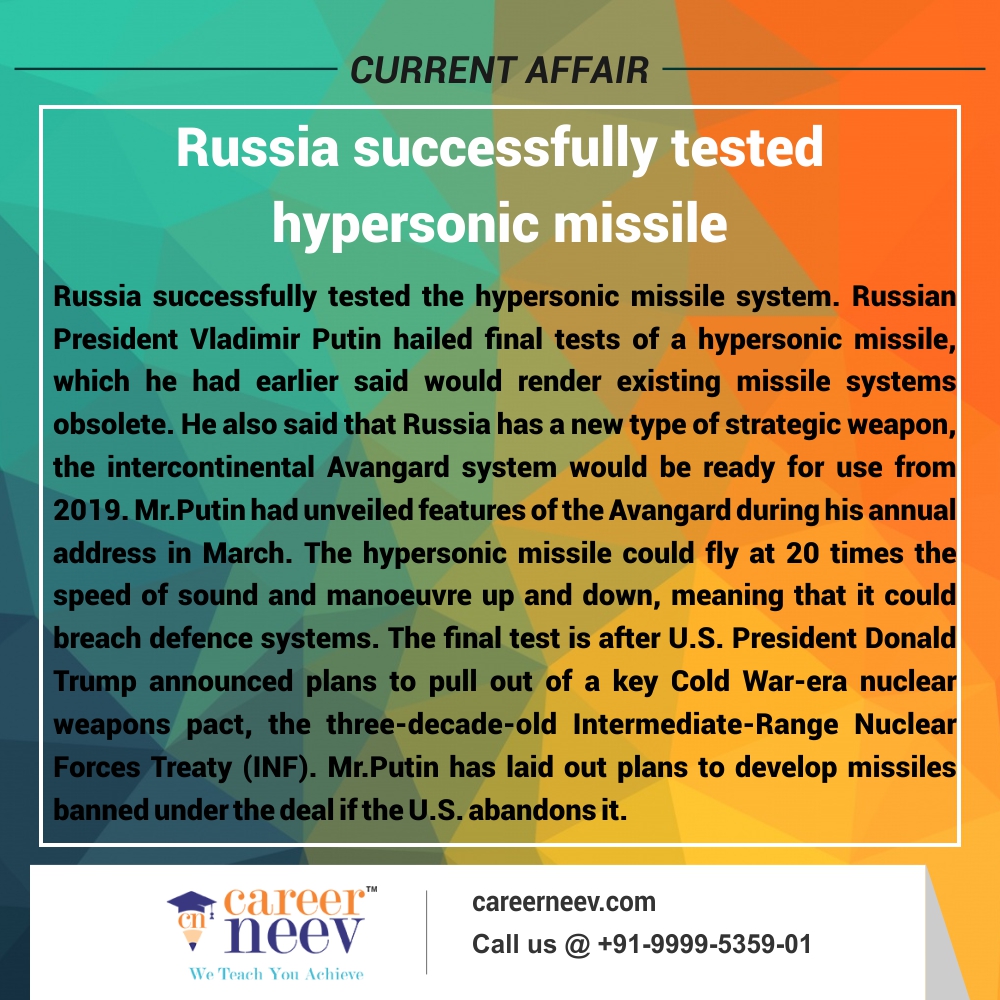 Russia successfully tested the hypersonic missile system. Russian President Vladimir Putin hailed final tests of a hypersonic missile, which he had earlier said would render existing missile systems obsolete. He also said that Russia has a new type of strategic weapon, the intercontinental Avangard system would be ready for use from 2019. Mr.Putin had unveiled features of the Avangard during his annual address in March. The hypersonic missile could fly at 20 times the speed of sound and manoeuvre up and down, meaning that it could breach defence systems. The final test is after U.S. President Donald Trump announced plans to pull out of a key Cold War-era nuclear weapons pact, the three-decade-old Intermediate-Range Nuclear Forces Treaty (INF). Mr.Putin has laid out plans to develop missiles banned under the deal if the U.S. abandons it.